OTHER ATTORNEYS GIVE UP. NOT ME.
Contact me today

Jonathan Laurans has been litigating appellate and post-conviction cases in State and Federal courts for over 29 years. Mr. Laurans has achieved many outstanding results for those who have been wrongfully convicted and/or excessively sentenced. Mr. Laurans is also known for his thorough and meticulous scrutiny of government investigations, and his tenacity in the courtroom on behalf of his clients. He has an impressive record of results in the arena of Federal criminal defense and has been recognized with several peer-reviewed awards by fellow attorneys practicing in the Midwest.

Jonathan Laurans is licensed to practice law in Arizona, Texas, Missouri, and Kansas. Jonathan Laurans is also licensed to practice in the United States Supreme Court, along with the United States Court of Appeals for the Fifth, Eighth, Ninth and Tenth Circuits. And he has been granted permission to represent clients in State and Federal courts of New York, Illinois, Wisconsin, Ohio, Colorado, Arkansas, Oklahoma, and Wyoming.

"My work is like finding a needle in a haystack. I don't give up."

The lower appellate court (Court of Appeals) is where the appeals process begins. And, the Supreme Court is where the process comes to an end. The appeals process is very similar, whether your case began in a State or Federal court. (Whether your case is heard by a State or Federal court depends on the nature of your crime, and can vary based upon local statutes, and the preferences and procedures of local law enforcement for deciding which prosecutors office, State or Federal, to take the case to, for consideration of charges. How is it that law enforcement has a choice, or at least significant input, in where a case is prosecuted? Most people are unaware that criminal misconduct typically violates both State and Federal laws. An obvious example is drug possession. Holding or distributing drugs violates both Federal law and State law. Where you are prosecuted largely depends on where the investigating law enforcement officers decide to submit your case. And, in some instances, you can be prosecuted in both State and Federal court at the same time. They are “separate sovereigns” meaning that they are both their own governmental system. So, between them, there is no “double jeopardy.”)

Generally speaking, both the State and Federal systems have three courts: the trial court, the Court of Appeals, and a Supreme Court. Once the trial court issues its final judgment (which in a criminal case is the sentence imposed), an appeal may be commenced to challenge both the final judgment and any erroneous rulings during the pendency of the case. Except in rare instances, most appeals begin in the lower appellate court. The appeals process consists of summarizing the case history and underlying facts, and then writing legal arguments, all contained within a “brief” which is filed with a panel of judges, and then presenting oral arguments to the panel at a later date. Thereafter, an adverse appeals court decision can be appealed further by the losing party, to the supreme court of that jurisdiction (i.e., the Supreme Court of Arizona, the Texas Court of Criminal Appeals, the Supreme Court of Missouri, or the Supreme Court of Kansas; or, the U.S. Supreme Court if you have decided to seek review in Washington, D.C. after losing in a state supreme court). This phase also consists of writing arguments and presenting oral arguments, but usually to a larger panel of judges.

If this seems somewhat technical and even a bit confusing, don’t be embarrassed. Most lawyers who don’t work daily within the appeals system are unaware of these distinctions, especially if we layer on top of what’s been written so far with this little wrinkle, the post-conviction process: Typically, the decisions made by a state supreme court are “final.” However, such decisions can still be appealed, as mentioned in the preceding paragraph, to the United States Supreme Court, the highest court in the nation. Or, the state supreme court decision can be challenged through Federal post-conviction litigation in a Federal district court, and later appealed to a federal appeals court. And once again, despite having gone this alternative route, an application can still once again be made for review in the United States Supreme Court. The bottom line is that, to gain review in the United States Supreme Court, the legal issue(s) in the underlying case must involve or provoke the interpretation of the United States Constitution, or other Federal law. If a litigant is fortunate enough to have his or her case reach the United States Supreme Court, he or she must accept that the ruling issued by the nine Justices is final and cannot be appealed any further.

Below, please find information specific to the appeals courts of Arizona, Texas, Missouri, and Kansas:

The Arizona Supreme Court is the highest court in Arizona. Beneath it is a single Court of Appeals which is split into two divisions, which decide civil and criminal disputes. Trial courts are referred to as “superior courts” and are divided by counties, of which there are fifteen. These courts have general jurisdiction over all criminal and civil cases. If their decisions are appealed, the cases are transmitted to the Court of Appeals. If the Court of Appeals’ rulings are again appealed, the party seeking another shot must file a Petition for Review to the Arizona Supreme Court.

The Appellate Courts and Supreme Court of Texas

The Supreme Court of Texas is the highest in Texas. Beneath it are fourteen appeals courts specifically delineated for civil appeals and criminal appeals. Trials are held in one of Texas’s 254 county courts. Cases argued in any of Texas’ fourteen Courts of Appeals are typically assigned out to randomly selected three-judge panels. If their decisions are thereafter appealed once more, they have a chance of making it to the Texas Supreme Court, which hears cases argued in front of all nine justices.

The Supreme Court of Kansas

The Kansas Supreme Court is the highest court in Kansas. Beneath it is a single Court of Appeals which decides both civil and criminal disputes. Trial courts are referred to as “district courts” and are divided by counties, of which there are thirty-one. These courts have general jurisdiction over all criminal and civil cases. If their decisions are appealed, the cases are transmitted to the Kansas Court of Appeals in Topeka. If the Court of Appeals’ rulings are again appealed, the party seeking another shot must file a Petition for Review to the Kansas Supreme Court. Like Missouri’s Supreme Court, the Supreme Court of Kansas is typically only interested in a case that involves the interpretation of unique or novel questions of Kansas law.

The Supreme Court of Missouri

The Supreme Court of Missouri is the highest court in Missouri. Beneath it are three appeals courts, separated not by civil or criminal appeals, but instead by geography. The Missouri appeals courts are split into three districts: Eastern (in St. Louis); Southern (in Springfield); and, Western (in Kansas City). All three districts hear arguments on both civil and criminal appeals. Trials are heard in one of Missouri’s forty-six judicial circuits, many aligned according to one or more counties. These circuit courts preside over civil and criminal cases. And, within a circuit court, there are different divisions including circuit court; associate circuit, small claims, municipal, and family. Appeals commence in the Missouri Court of Appeals. If the appeals court’s rulings are appealed higher, there is a chance the case will be transferred to the Missouri Supreme Court. The case must meet strict requirements involving the interpretation of Missouri law. The Missouri Supreme Court issues only around 100 written opinions annually. 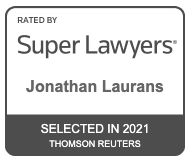 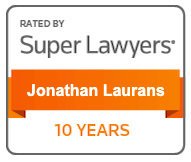